General Motors sponsored this project in order to explore the question of "What is a Road Trip?". My team and I specifically looked into what road trips meant to the demographic of families with kids aged 6-14.

While we were asked to come up with a couple ideas for potential products 5-10 years in the future, the focus was on conducting research in order to come up with broader insights.

We began by conducting a number of interviews. We came up with broad questions to allow for a flexibility and freedom in answering. Multiple families were interviewed by video, in person, as well as on the phone. We recorded all the interviews in order to sift through for contradictions in what people said and just interesting anecdotes and quotes. 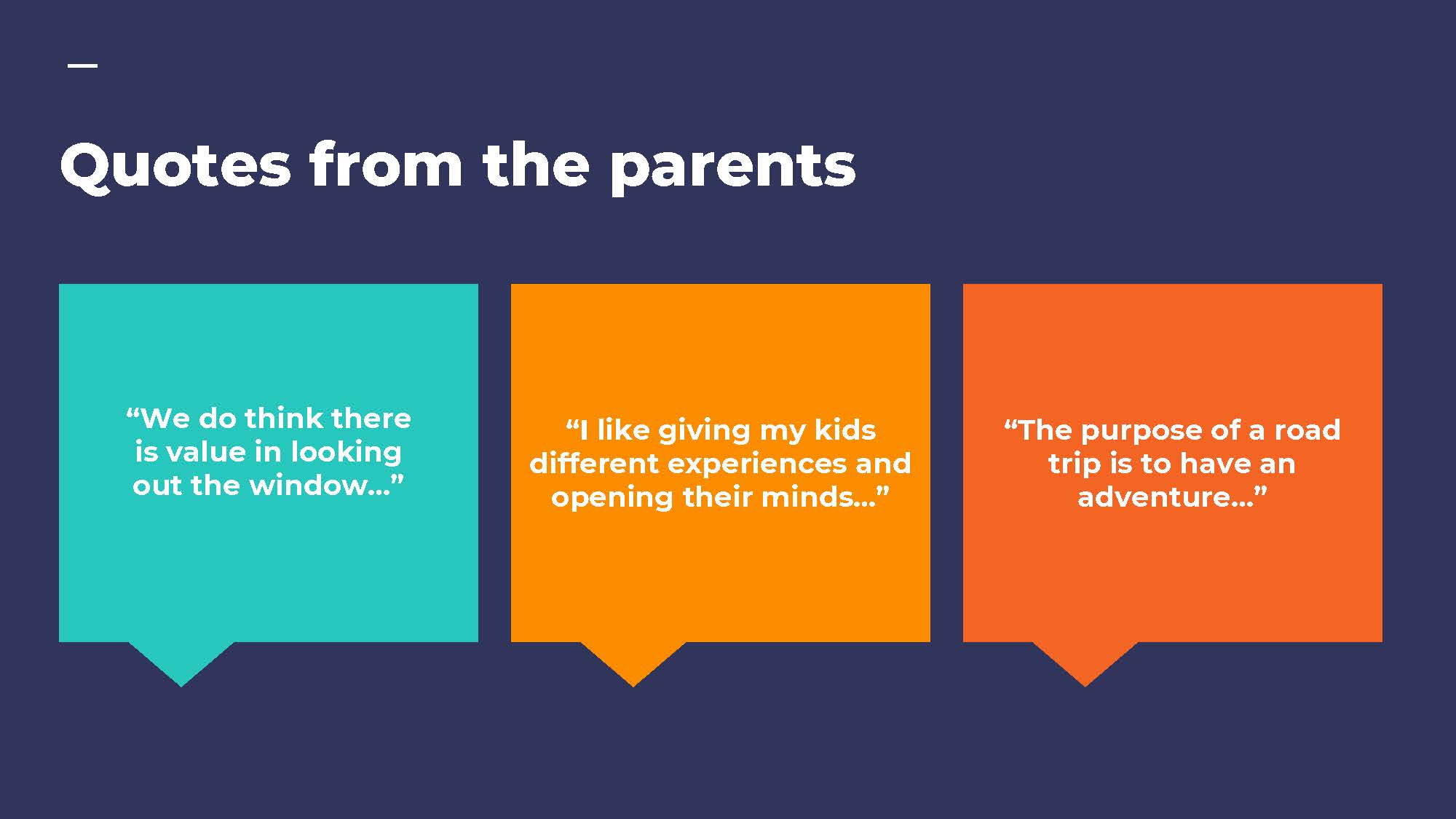 All the observations and quotes that we got, were then taken and put into an affinity map that was plotted and organized based on a couple common threads that parents mentioned or implied. This resulted in our team being being able to group these into broader categories. 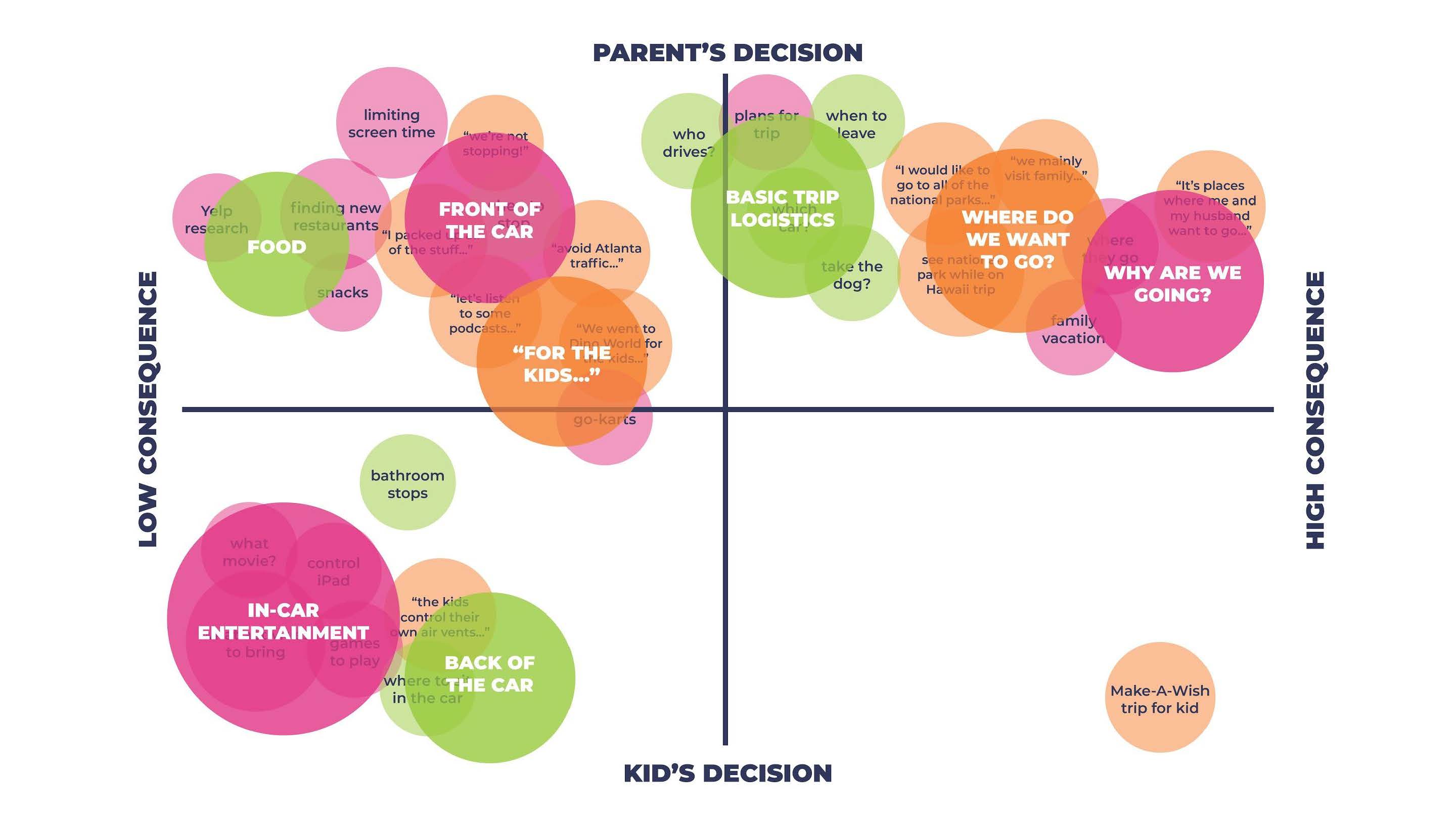 From these common concerns and cares, we were able to create a persona of a family, distinguishing between the wants and needs of the kids and the parents.

Based on the interviews, observations, need finding and personas we arrived at this conclusion.

What does that mean and how does it connect? Well we can break it down into three specific categories; Independence, Education, and Bonding.

Here's a closer look at the details contained within these segments. 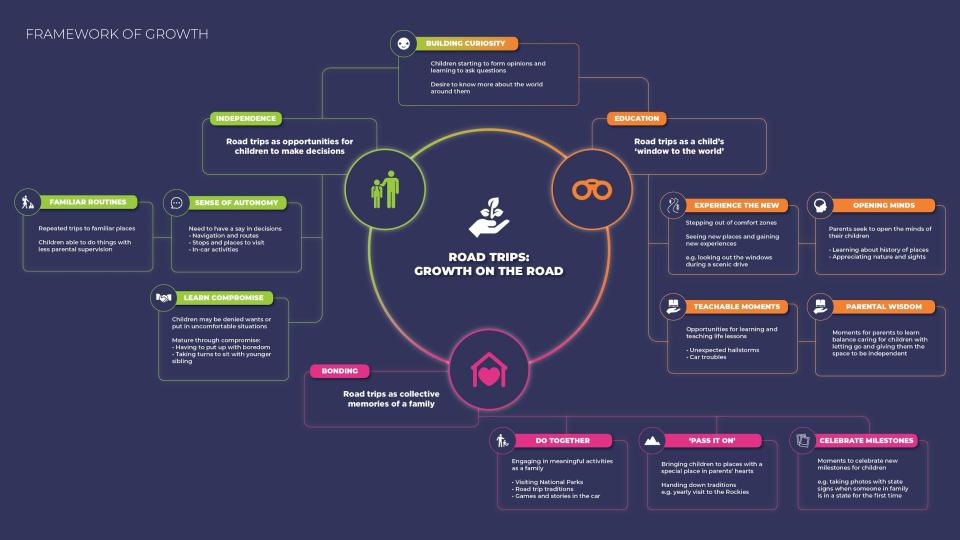 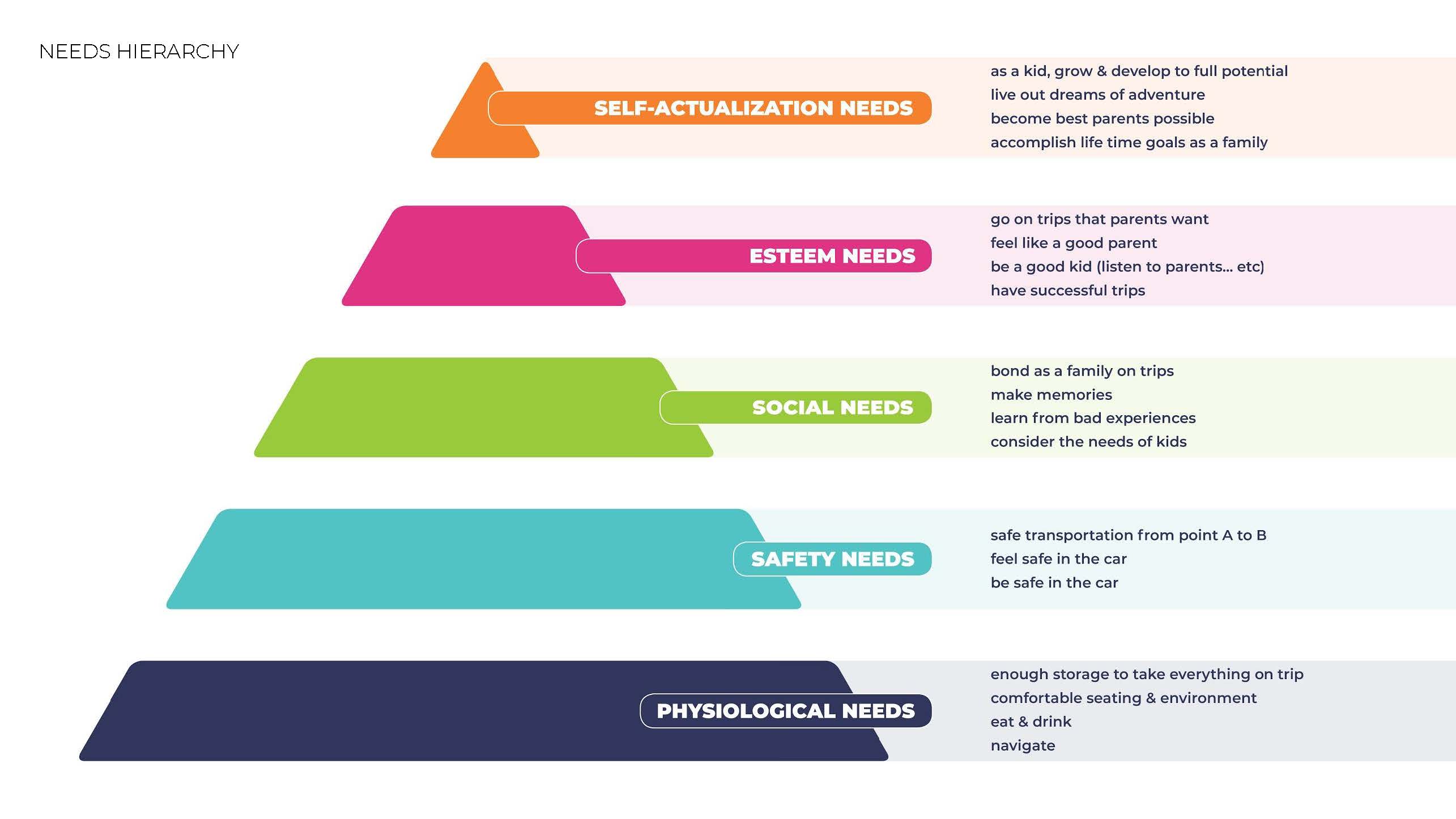 We crafted our design statement to address the problems and needs we found throughout the project. We really wanted to answer one question:

Our final concept included a touch screen window in the car that allows the kids in the back seat to interact with the world outside, as well as take and look through pictures of their past trips, and allows them to take a small part in decision making throughout the trip.

A big thanks to my team members: John Lyons, Morgan Platt, and Matthew Soon!

Designed and Created by Josh Chan